In times of Corona budgets are tight. This affects not only us agencies, but also the numerous sports associations, clubs and organisations. Inspired by the CSR action of the German Bundesliga player Simon Zoller, who launched a Corona emergency aid programme for amateur clubs via the social media campaign "Donate your jersey number" in favour of #GABFAF (Joint Action Alliance for the Promotion of Amateur Football), we also wanted to make a contribution and support amateur football. But what could be the story behind this? In 2020 the penalty shootout will celebrate its 50th anniversary. What emerged from amateur football at that time is now an integral part of the world’s greatest sport. We have taken this as an occasion and developed an Augmented Reality (AR) penalty shootout game, which should not only attract attention for #GABFAF but also generate donations.

HOW—How did we proceed?

To give the game the best possible distribution potential, we designed and implemented it as a "Social AR Game" for the platforms Instagram and Facebook. The corresponding AR development platform (Spark AR) has face detection technology that allows users to play the penalty shootout via face control. To mark the occasion, we naturally designed the entire game in the style of the 70s.

WHAT—Which product has been developed from this?

The result is one of the most innovative Social AR Games. The users align their shots via face tracking or head movement, by opening their mouth they trigger the shot. After five shots, it turns out whether they are "hero" or "loser". The result can be found on a digital player sticker, which can be shared via Facebook or Instagram Story and thus ensures its distribution.
Both the game as such, but also the face filters in the sticker design, pick up on the 70s style and underline the anniversary approach - but above all ensure "likeable" and "shareable" content.
We are very pleased that the RND (RedaktionsNetzwerk Deutschland) as well as first prominent personalities and influencers want to support the campaign.
You can find out what this actually looks like via the relevant social media channels.

This pro bono case shows what is technically possible within the framework of the major social media platforms. Of course, such applications can also be launched as part of native apps or Web AR - opportunities that all players in sports can take advantage of with manageable budgets and maximum efficiency. 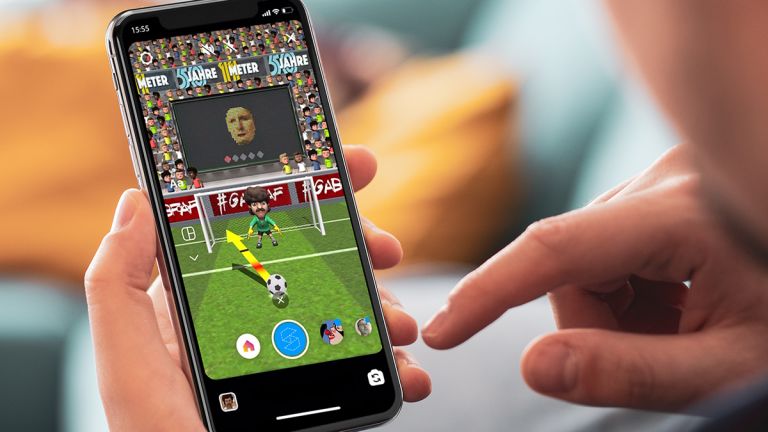